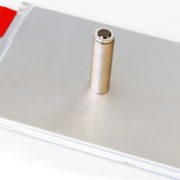 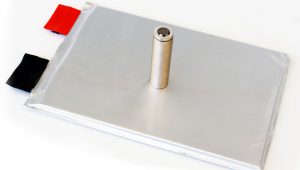 The Saitama Industrial Technology Center (Saitec), in partnership with Honda, has developed a practical magnesium-ion rechargeable battery, according to Nikkei Asian Review. The two will officially announce their battery next month, and hope to commercialize it by 2018, at first in smartphones and other portable devices.

Because magnesium is divalent, it can displace double the charge per ion (i.e., Mg2+ rather than Li+). As an element, magnesium is more abundant than lithium, more stable, and far cheaper.

Toyota and others have been looking into Mg-ion batteries for years, but performance tends to degrade rapidly. The Saitec developers used vanadium oxide in the cathode, making it easier for ions to move between it and the magnesium-based anode, and allowing for more charges without deterioration. For safety, the team added an organic substance that lowers the risk of the magnesium catching fire.

A Phone That Charges in Seconds? UCF Scientists Bring it Closer to Reality
Scroll to top