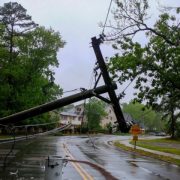 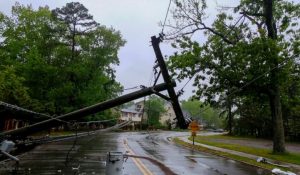 When Commonwealth Edison filed its plan for smart meters with regulators in 2011, leveraging the meters for power outages wasn’t explicitly laid out in the business case as a benefit. But the utility “aspired to have [its] meters connected to outage management,” Ryan Mayer, an operations dispatcher at ComEd, said during a presentation at Itron Utility Week 2019.

ComEd knew there would be benefits from using smart meters during outages but had trouble quantifying them to regulators at the time. The results have exceeded the utility’s expectations. Now ComEd can ping more than 500 meters in under a minute to locate trouble spots during widespread outages. Now, the utility doesn’t provide an estimated time of restoration to a customer without pinging the meter first in order to ensure greater accuracy.

ComEd, which serves parts of Illinois, including Chicago, is not even one of the utilities hardest hit by severe weather in recent years. Across the globe, natural disasters are becoming more frequent, more extreme and more costly. Increasingly, customers and regulators don’t just want to see average outage times shaved down; instead, they want their power companies to invest in solutions that can facilitate rapid recovery, even in the face of extreme weather. Still, however, there is often a disconnect between customers and utilities about how much effort is being put into rapid recovery.

Differing expectations and a moving target

Florida Power & Light, owned by NextEra Energy, is just one of the utilities making significant investments to lower its carbon emissions and reduce outage time while also being more capital-efficient. “But we can do so much more,” acknowledged Christopher Chapel, VP of customer service at FPL.

But the work being done behind the scenes at utilities like FPL, especially with regards to rapid recovery from disasters, is not always reflected in customer perception. Itron’s latest survey, 2019 Resourcefulness Insight Report on Disaster Preparedness, found that 71 percent of utility executives say they are very or extremely equipped to prepare for, respond to and recover from future disasters, yet only about one-third of customers described their utility as having that level of preparedness. Interestingly, at Itron Utility Week, a much lower portion of utility attendees described themselves as very equipped for disasters, which may suggest a difference of perception between upper management, which was polled in the survey, and department managers at utilities, who made up the bulk of conference participants.

“We need to mine all this rich data to have a proactive interaction,” Tom Deitrich, president and CEO of Itron, said while discussing the findings of the Disaster Preparedness report. “It changes the equation.” That means not only leveraging the immense streams of data from smart meters and sensors being deployed across the distribution grid, but also understanding best-in-class traditional and digital communications routes used by other utilities, as well as other providers that customers regularly interact with. While other providers may not be delivering critical energy and water services, utilities are being measured against the quality of interactions that customers have with other companies, whether they like it or not.

For FPL, that has made the utility push itself to deliver improvements for minor and major outages. “We found if we can measure it, we can improve it,” said Michael Putt, director of smart grid and innovation at FPL. It’s also allowed the utility to prioritize restoration in a digital world. “Customers will say, ‘Now my power is on and is my [internet] is still down,’” he said at Itron Utility Week. “As you’re restoring, you have to look at communications and electric infrastructure — they’re equally important today.”

At Duke Energy, director Joe Vale said that advanced metering infrastructure and smart grid investments have allowed the utility that serves the most customers in the U.S. to pinpoint failures in major storms. In 2018, for example, it had about 400 communications devices on the grid that failed during Hurricane Florence, but by Hurricane Dorian one year later, that figure had dropped to under 100. For FPL, it was able to restore 40 percent of its customers who lost power during Hurricane Dorian with its self-healing grid, a technology that it did not have readily available even a decade ago.

For utilities, it is simply not enough to restore power faster than ever before. They also must share the measurable — and immeasurable — benefits with regulators and customers. “It’s an Amazon world we live in,” said Vale. “Customers want clear expectations.”

Shedding new light on the charging of lithium-ion batteries