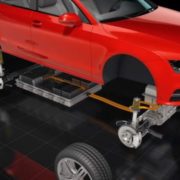 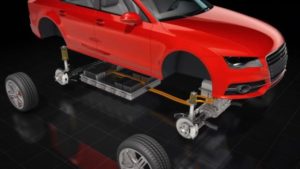 Electric cars are developing at a rapid rate, but one part of the equation has always lagged behind fossil fuel alternatives. No matter how you swing it, charging up current electric cars is painfully slow. A company based in Tel Aviv wants to change that with the FlashBattery, which it claims can be filled in just five minutes.

Why is charging batteries a slow process? In part, it’s is down to safety, and in part it’s because fast charging causes accelerated wear on current lithium-ion batteries. StoreDot has been teasing a solution to these problems for a while now. Initially, the company demonstrated the tech in a smartphone, before turning its attention to the burgeoning electric car market.

The FlashBattery makes use of something called nanodots to deliver fast charging. Nanodots are chemically synthesized peptide molecules. They form the basis for a multi-function electrode, allowing super capacitor-style rapid charging with a slow discharge similar to a lithium-ion battery. The chemical compound isn’t flammable and has a higher combustion temperature than graphite, which cuts the resistance of the battery.

From a production standpoint, the nanodots are made from a range of environmentally friendly bio-organic raw materials that are naturally abundant and, according to StoreDot, cheap to manufacture.

The company has been talking about the potential for a full-scale EV battery using this technology, recently demonstrating the proof of concept at an event in Berlin. This demonstration involved charging a single battery cell, and it’s not clear at this point what sort of charging infrastructure is needed to make the five minute charge a reality for an entire car.

StoreDot says the FlashBattery is in the advanced stages of development, and suggests it could be popping up in electric vehicles within the next three years. At the moment, maximum range its planned battery pack could deliver is said to be around 300 miles (483 km), which would put it on par with the 90 kWh Tesla Model S.

Check out the video below for a look at how the FlashBattery works.