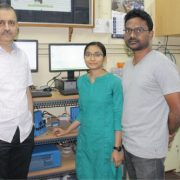 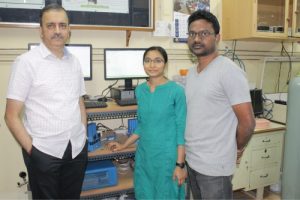 The researchers at Indian Institute of Technology (IIT) Madras for the first time have constructed a rechargeable iron ion battery which uses mild steel as the anode. The battery is cost-effective and a high amount of energy can be stored in the battery.

Lithium ions act as the charge carriers in lithium-ion battery and the Fe2+ ions help to perform that function in the case of iron ion battery.

With an increase in the popularity of electronic vehicles, batteries that are cheaper need to be developed. With the shortage of lithium reserves all over the world, the focus is on developing rechargeable batteries of good performance using materials other than lithium.

The team at IIT Madras was led by Ramaprabh Sundara of the Department of Physics. The team demonstrated the performance of an ion battery for a period of 150cycles of charging and discharging. The battery was retained by 54% at the end of 50 cycles, which showed good performance.

When the battery is constructed under controlled conditions, the amount of energy that can be obtained from the battery is 220 Wh per kg, that is, 55-60% of lithium-ion battery’s performance. The energy density of a lithium battery is 350 Wh per kg.

“We can fabricate the battery under ambient conditions too. Under such conditions, we get nearly 40% of lithium-ion battery’s performance,” says Prof. Ramaprabhu. “The battery can also be cycled at high current densities so that energy can be drawn at a faster rate from the battery.”

“Iron has favorable physicochemical properties like lithium,” he says. The redox potential of iron ion is higher than lithium-ion and the radius of the Fe2+ ion is nearly the same as that of the lithium-ion. “These two favorable properties of iron have been overlooked for so many years. And that’s the reason why we don’t have iron ion rechargeable batteries,” Prof. Ramaprabhu says.

The removal of iron ions from the anode and their reinsertion is not possible in pure iron. The small amount of iron present in mild steel helps in this process.

According to Sai Smruti Samataray, a co-author of the paper and a Ph.D. student at IIT Madras, iron is more stable during the charging process and therefore prevents short-circuiting of the batteries. When compared to the lithium-metal based batteries, they are able to cut down the cost and make them safer to handle.