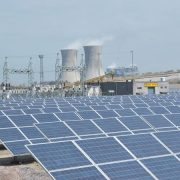 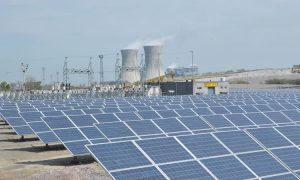 India will add only 50 GW of solar project capacity and 10 GW of wind power over the next five years, according to a survey of chief executives, to leave it far short of the government ambition of hitting 175 GW of clean energy in two years’ time.

Bosses from 40 Indian and international businesses made the pessimistic prediction as part of this year’s renewable energy survey of CEOs by consultancy Bridge to India.

At the end of May, India had 34,915 MW of solar generation capacity and 37,756 MW of wind projects, meaning the 12 GW of clean energy technology expected annually by chief executives will fall far short of the federal target, which demands 100 GW of solar and 60 GW of wind within two years as part of the 175 GW ambition.

Of the 50 GW of solar anticipated by chief executives up to 2025, 39 GW is expected to come from utility scale facilities, with 8 GW from rooftop PV, 2.8 GW of floating solar and 12 GWh of grid scale energy storage.

The prospects for module manufacturing capacity were also rated as weak by the executives surveyed, with just 3.2 GW of new capacity anticipated by 2025.

Half of the respondents said the renewable energy capacity auctions market is quite aggressive. With regards to new tender design, the majority of the executives said manufacturing-linked tenders and blended renewable and thermal power tenders were desirable, with execution remaining a concern.

Some 58% of the company bosses surveyed said they were against imposing a 20% import duty on cells and modules.

As far as the executives were concerned, the states of Karnataka, Gujarat and Rajasthan ranked as the best for ‘ease of doing business’ in the utility scale solar market segment. For rooftop solar, the preferred areas were Rajasthan, Gujarat and Haryana.